During this time in our history radical transparency is needed. We need to participate in and tolerate thoughtful disagreements. The mission of this Web site is to promote diversity and cultural competency, explore issuesof color and gender, and inspire people who have a history of being marginalized, using social media and other means as platforms to inform various communities of the life experiences and concerns of marginalized people with regard to the necessity for social change, dialogue, inclusion, compassion, tolerance, and cultural literacy to expand and improve human relations going forward in order to better facilitate the current worldwide shift in global consciousness from tribalism, instability, and extremism, to harmony, cooperation and enduring peace. In addition, we welcome and support other organizations that promote the transformation of consciousness taught by spiritual teachers like Guru Nanak Dev and others.

My commitment is to afford as many people as possible the
opportunities to explore the sensitivities of the human spirit to wit
each person is inspired to (a) teach and interact with people while
maintaining a keen appreciation for their longing for inclusion, the innate longing
to belong within our human nature; (b) respond with compassionate consideration
and sensitivity to those racial, cultural, religious, ethnic, economic, political, social,
ethical, psychological, and philosophical differences that exist within every community.

Born in Chennai, India, Satpal Singh did his schooling and college in India. After graduating from Summer Fields School in 1975, he joined the prestigious St. Stephen’s College in Delhi University in the Science department. He graduated from St. Stephen’s College in 1978 after which he left for the USA for further studies. Bhai Sahib moved to the United States in May of 1978. Here he furthered his studies taking accounting, marketing and business classes in New Mexico and later moved to Los Angeles where he joined a marketing company called GRD Enterprises. Although Bhai Sahib’s careers have been in business he always felt a deep spiritual inclination, which he now understands is his true purpose.

Bhai Sahib realized his spiritual calling when he met Siri Singh Sahib Bhai Sahib Harbhajan Singh Khalsa Yogiji, who had a great influence on his life. Yogiji was not only his celestial father but also his spiritual teacher and he appointed Bhai Sahib as the Assistant Protocol Officer for Sikh Dharma International.  Later Yogiji appointed him as his Chief of Protocol for India.  Since 1978, Bhai Sahib Satpal Singh has represented Yogi Bhajan at many events worldwide, particularly in India when Yogiji could not travel himself. Satpal Singh continues to represent Yogiji and his esteemed organizations at various important worldwide events.  Bhai Sahib Satpal Singh was blessed to serve as Yogiji’s Chief Emissary to the many dignitaries the Siri Singh Sahib “Yogiji” invited and hosted in the USA, including Jathedar of Akal Takhat and other Holy Takhats; President and Executive Officers of SGPC; President of India and Prime Minister of India; Members of Parliament and many other international guests of Sikh Dharma/ 3HO that visited the USA.  He continues to work as a representative of the Sikh Dharma community and various Indian and USA Sikh organizations involved in advancing the cause of the Sikhs. Bhai Sahib was responsible for arranging Yogiji’s meetings with world political and religious leaders in India and around the world. He also traveled with Yogiji as he taught throughout the world. After Yogiji’s left his physical body in October 2004, Bhai Sahib dedicated his life to further the mission of Yogiji and advancing the foundation of Sikhs in America and the rest of the world. He travels extensively giving lectures in many cities across the world and is currently working on publishing books on Sikhism including translation of Japji Sahib and other Banis of Siri Guru Granth Sahib Ji. Bhai Sahib is a Kundalini Yoga Teacher, one of the disciplines taught by Yogiji.

Today, Bhai Sahib is involved with business endeavors including Real Estate Investment and Development; Restaurant Business, International Trading Business, and Ayurvedic Products and Spa business. Although he is involved with several businesses, his main interest and time is spent on religious activities and promoting the legacy of Yogi Bhajan. 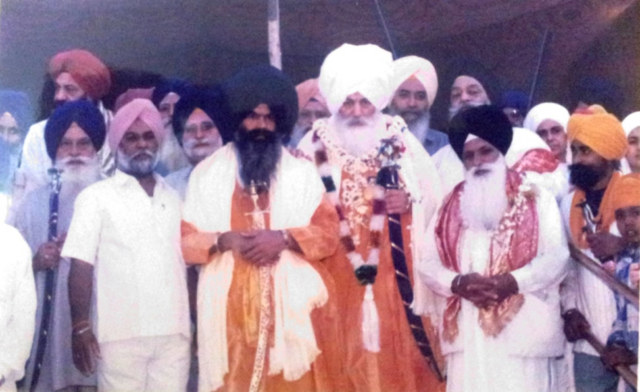 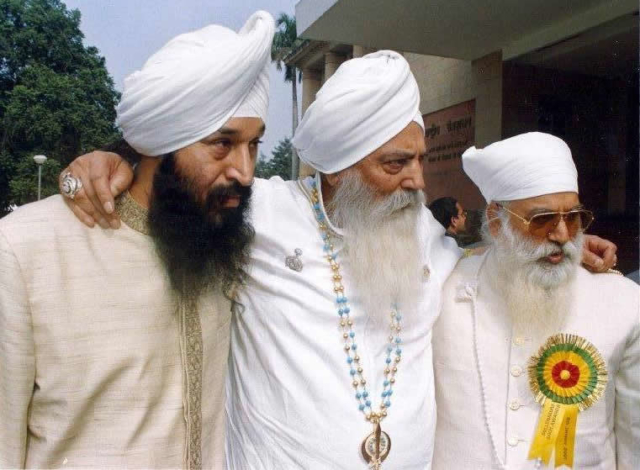 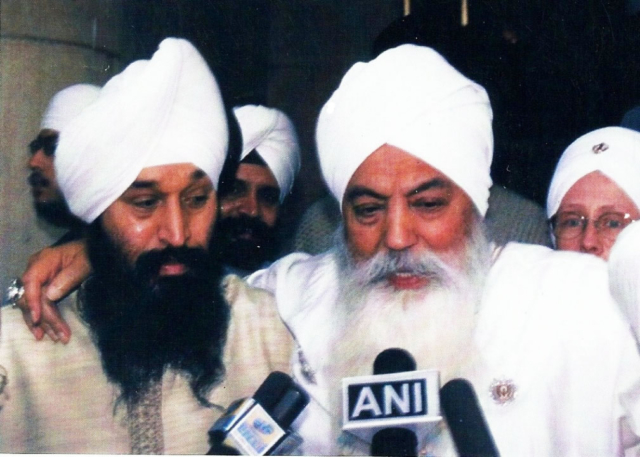 Singh Sahib Bhai Sahib Ji’s effort to share the Sikh way of life and its values has been recognized by the Sikh clergy in India. He has bestowed the title of ‘Bhai Sahib’ and ‘Ambassador of Sikh Dharma’ by the Jathedar of Patna Sahib. His services to promote Sikhism have been recognized by Jathedars (High Priests) of all the five Takhats (the supreme seats of Sikh Dharma). Siri Akal Takhat Sahib gave Bhai Sahib Satpal Singh Khalsa the ministerial responsibility of Sikhs in the Western World by appointing him as  “Chief Religious and Spiritual Authority of Sikh Religion in the Western Hemisphere”.

After Yogi Bhajan’s passing in 2004, Singh Sahib Ji dedicated his life to further the mission of Yogi Bhajan and advancing the foundation of Sikh Dharma in America and the rest of the world. He travels extensively giving lectures in many cities around the world. He is currently working on publishing books on Sikhism including a translation of Japji Sahib and other Banis (Prayers) of Siri Guru Granth Sahib Ji. Singh Sahib Bhai Sahib Ji is also a KRI Certified Kundalini Yoga Teacher. He took his first class in Kundalini Yoga with Kundalini Yoga Master — Yogi Bhajan in 1978, in Espanola, New Mexico. Thereafter, he attended many classes and courses taught by Yogi Bhajan across the U.S. and worldwide. Since then he has been actively practicing Kundalini Yoga and promoting KRI worldwide. See Documentation.

Singh Sahib Bhai Sahib often travels to India dedicating his time to helping Sikhs in rural areas and children who cannot afford education. He assists Sikhs and other residents of Punjab in areas where drug abuse problems are on the increase. Singh Sahib Ji continues to work with youth in India, particularly in Punjab to keep their hair and turban. He works on various programs relating to issues of women, youth problems, human rights, peace and cessation of war. These activities are supported entirely by donations from Sikh organizations around the world, including the above mentioned Sikh Dharma13, ACT, Sikh Dharma USA, Guru Ram Das Sikh Mission of America (GRDSMA) and others.

In addition, Satpal Singh is working to promote, protect and serve the teachings of Yogi Bhajan and Sikh Dharma, particularly in bringing Yogi Bhajan’s Teachings and Guru’s Technology to the World. 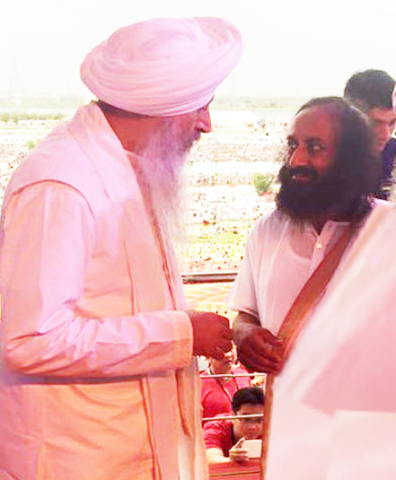 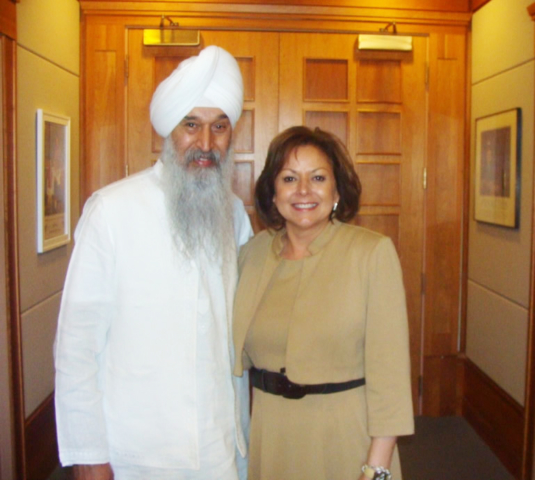 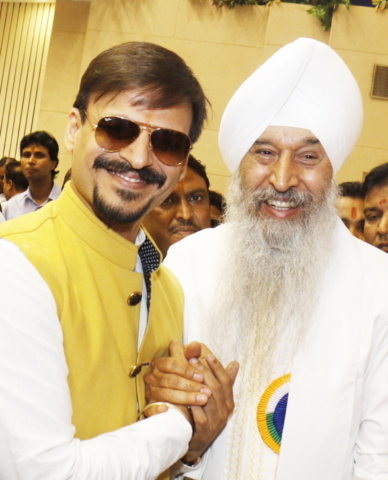 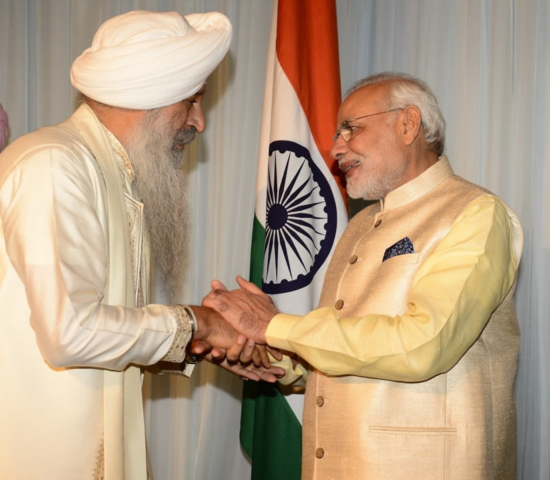 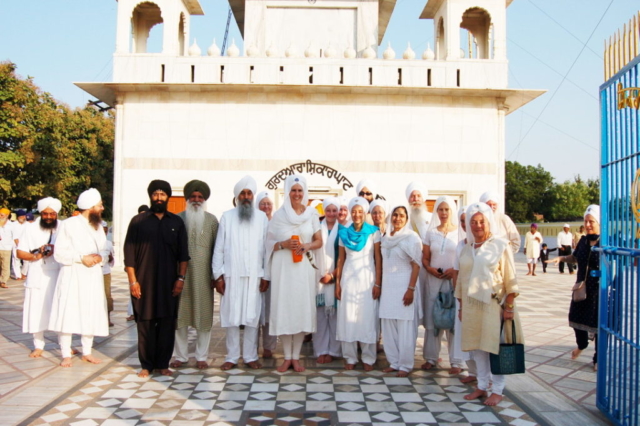 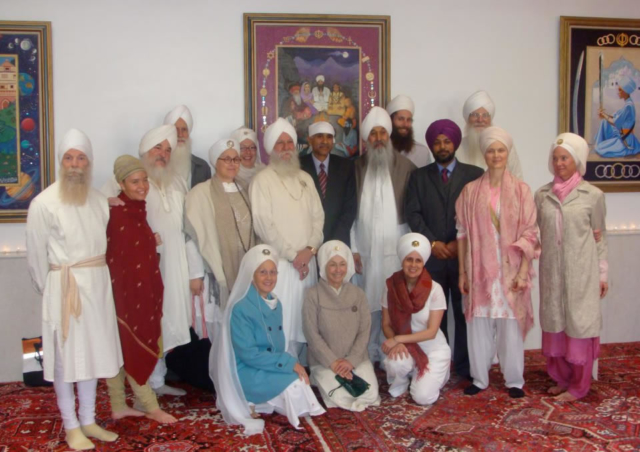 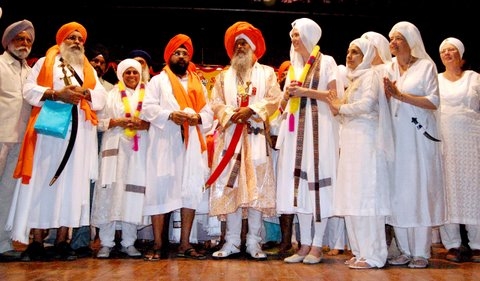 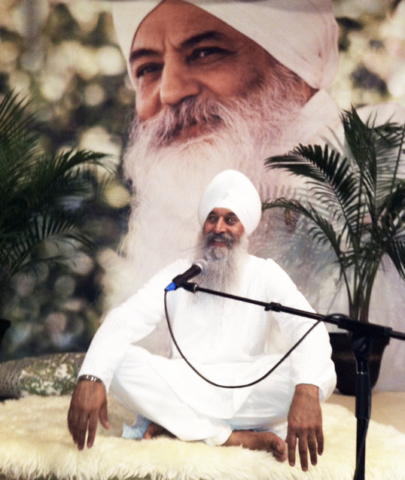 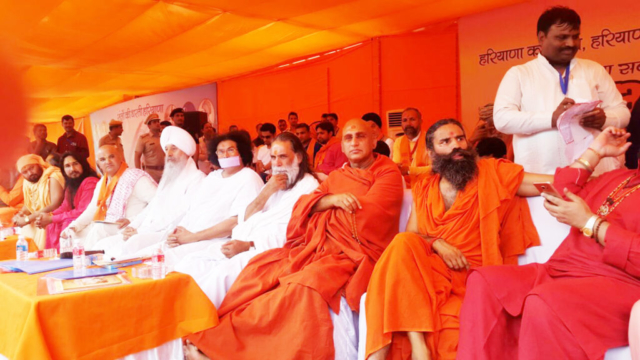 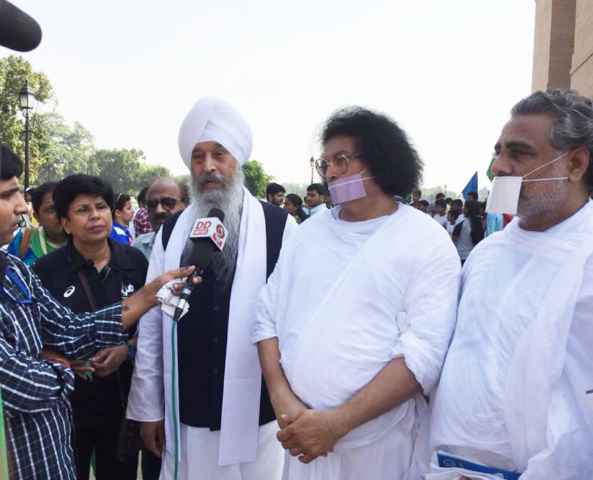 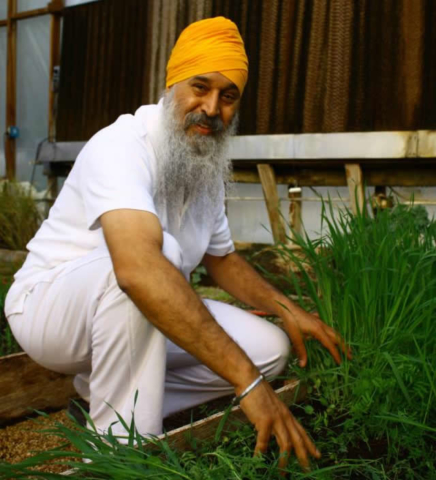 Successfully lobbing to have the U.S. Congress condemn the searching of the Turbans of the Sikhs at the Airport in pretext to the security checks

Assisting in translation and presentation of Guru Granth Sahib in Spanish at Hazur Sahib, Nanded

Past President of Sikh Chetna Mission in New Delhi, a non-profit organization working for education of underprivileged children 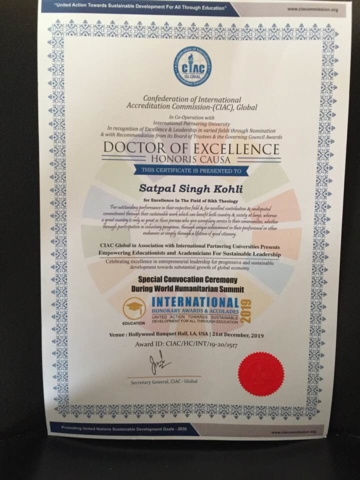 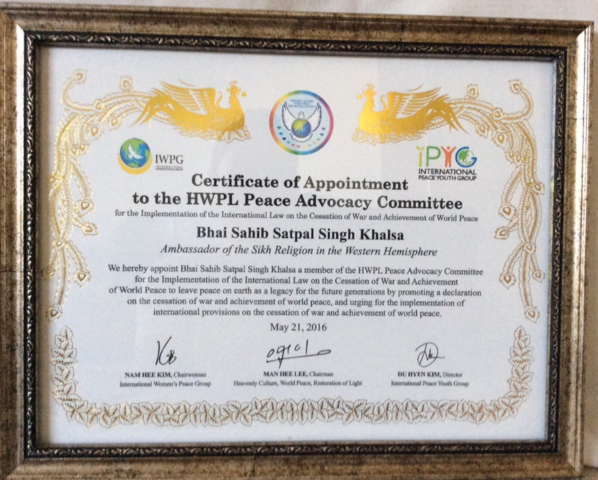 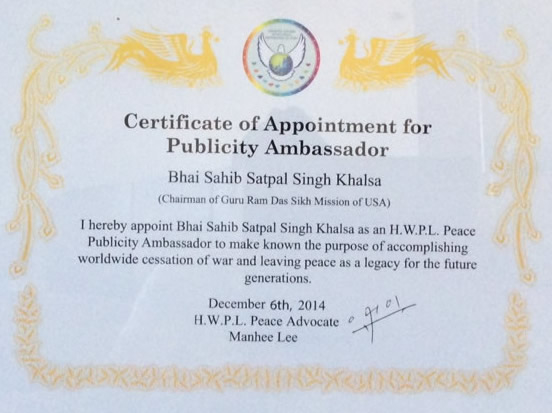 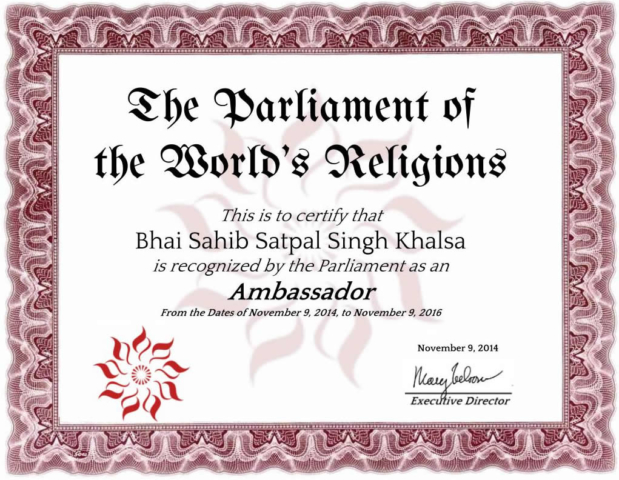 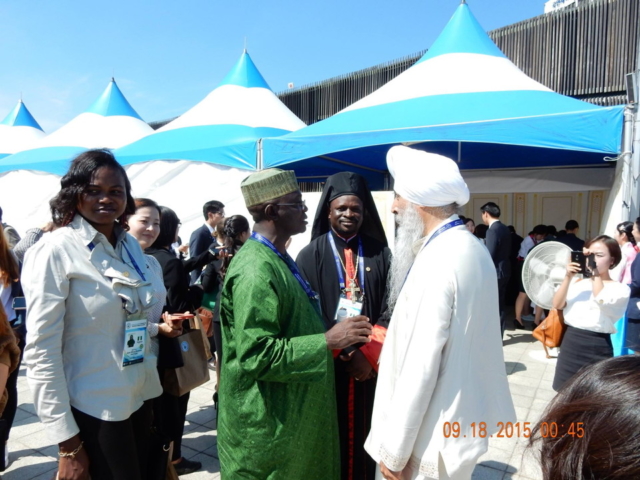 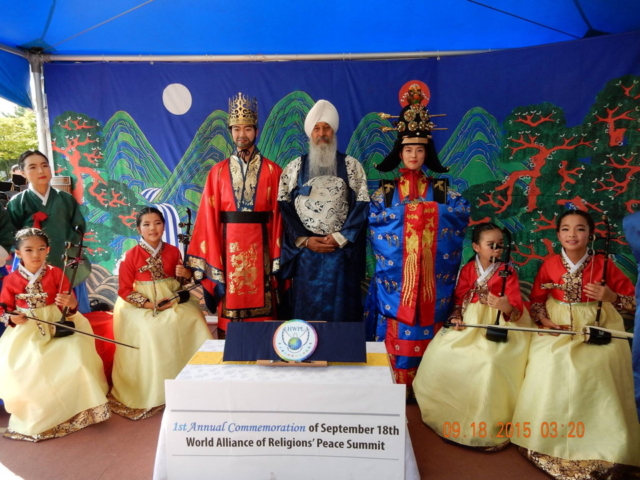 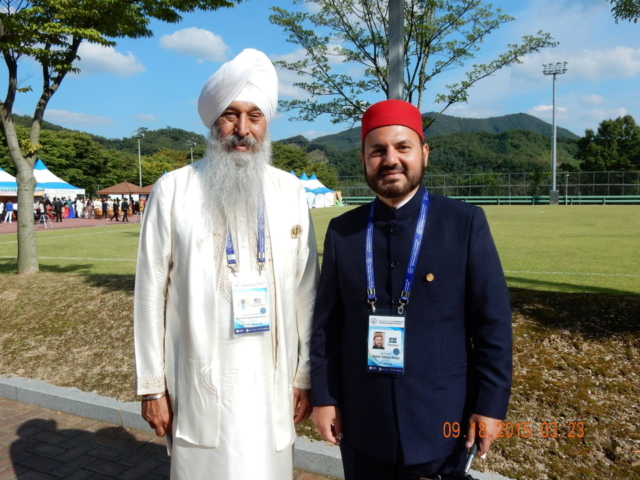 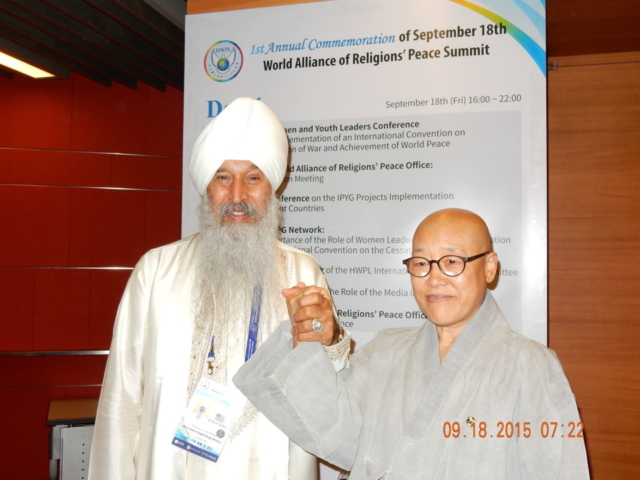 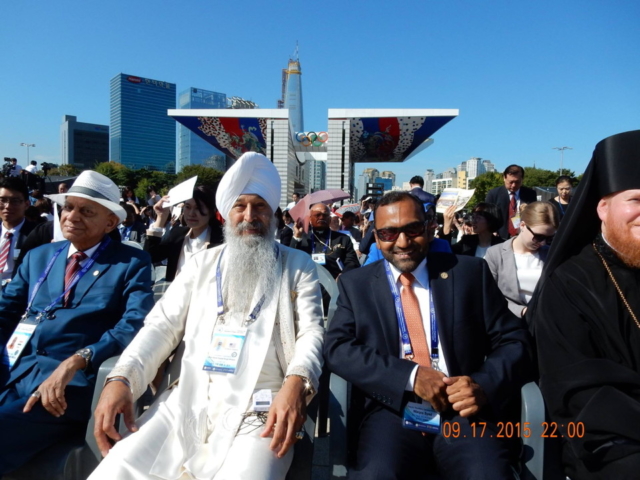 Parliament of the World’s Religions, October 2015
Sikh Dharma International and others, walking the walk. 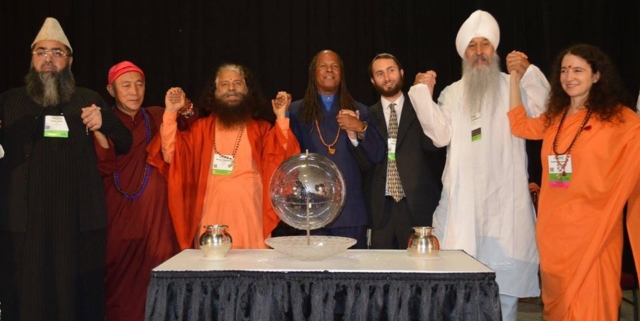 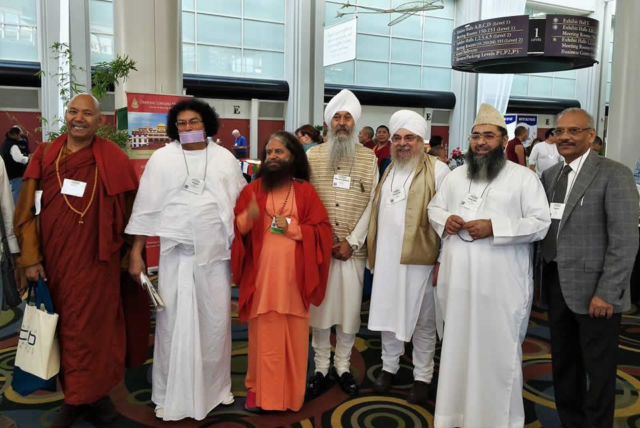 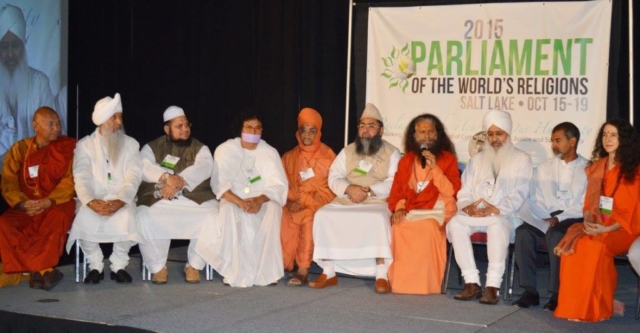 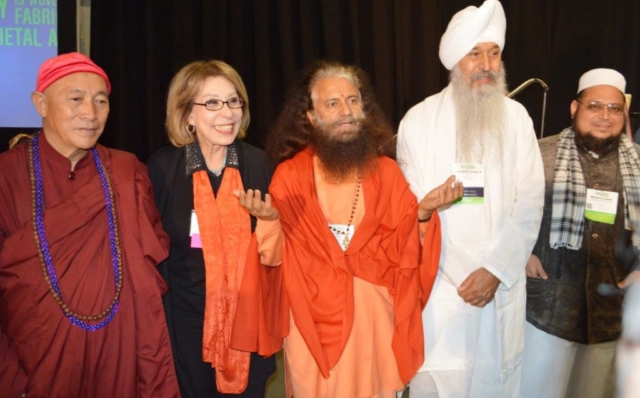 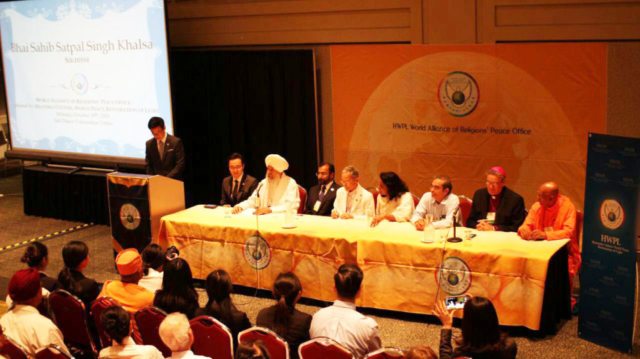 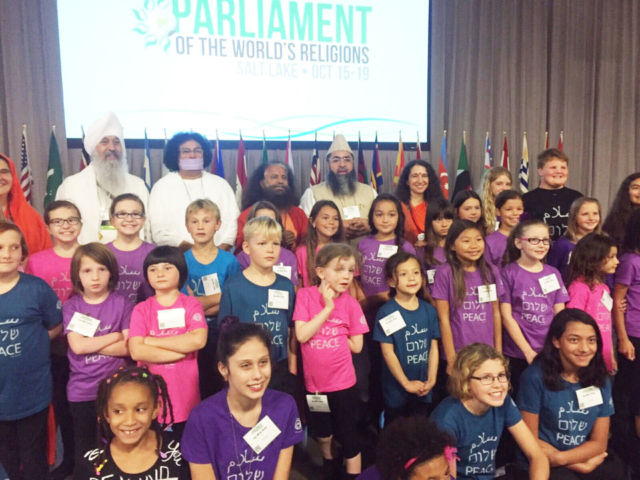 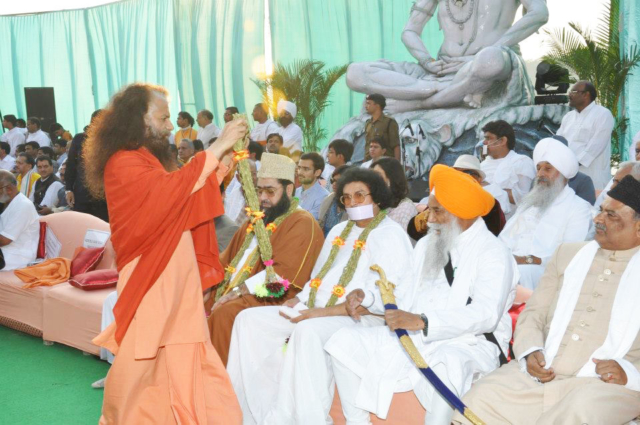